This has taken me far too long to actually write up, for which I’m sorry. The first thing I made as part of #52WeeksOfMaking is a Quinzhee, which is a type of snow shelter made by piling a whole buttload of snow up in a heap then hollowing out the middle. Sam was a huge help in making this, providing some snow shovelling muscles and a lot of patience when I was scraping out the insides.

You start by making a huge ass pile of snow, which was helped by:

a) being in Canada where they have real snow b) building it at the bottom of a drop off so we could push a bunch of snow down from further up the hill.

When piling it up you need to toss it around a bit so the layers of snow that have settled are all mixed up, this helps the sintering process which increases the strength of the structure.

After the piling up is complete you need to leave it to sinter so it can firm up. We left this one overnight so we could hollow out the inside the next morning. Sintering is why you can have snow drifts that are still lovely and soft after sitting for a while while the bits that people have walked through have formed snow clumps and have hardened. We stuck sticks about 30 deep in the pile from the outside, so when I hollowed it out I’d know when to stop before the walls got too thin. 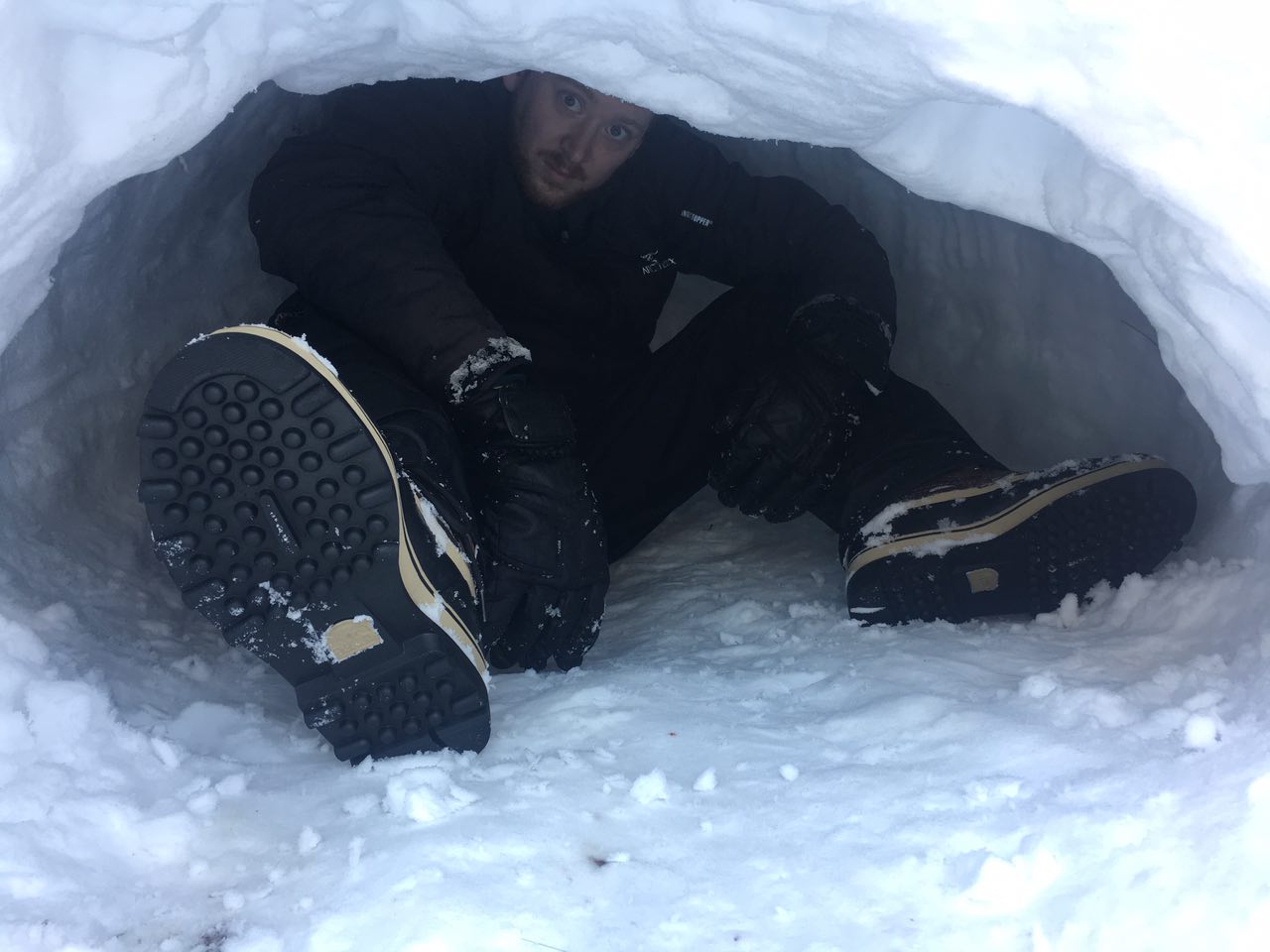 The next morning we went out to finish it and I started dragging the snow out from the middle through the door using a pickaxe (which was surprisingly good at pulling out big chunks of snow without being too big to wield inside the doorway as the interior was formed). After carving a way in I wasn’t able to reach the inside walls from the doorway so, with Sam watching in case it collapsed on top of me, I crawled inside and started scraping it out with my hands. 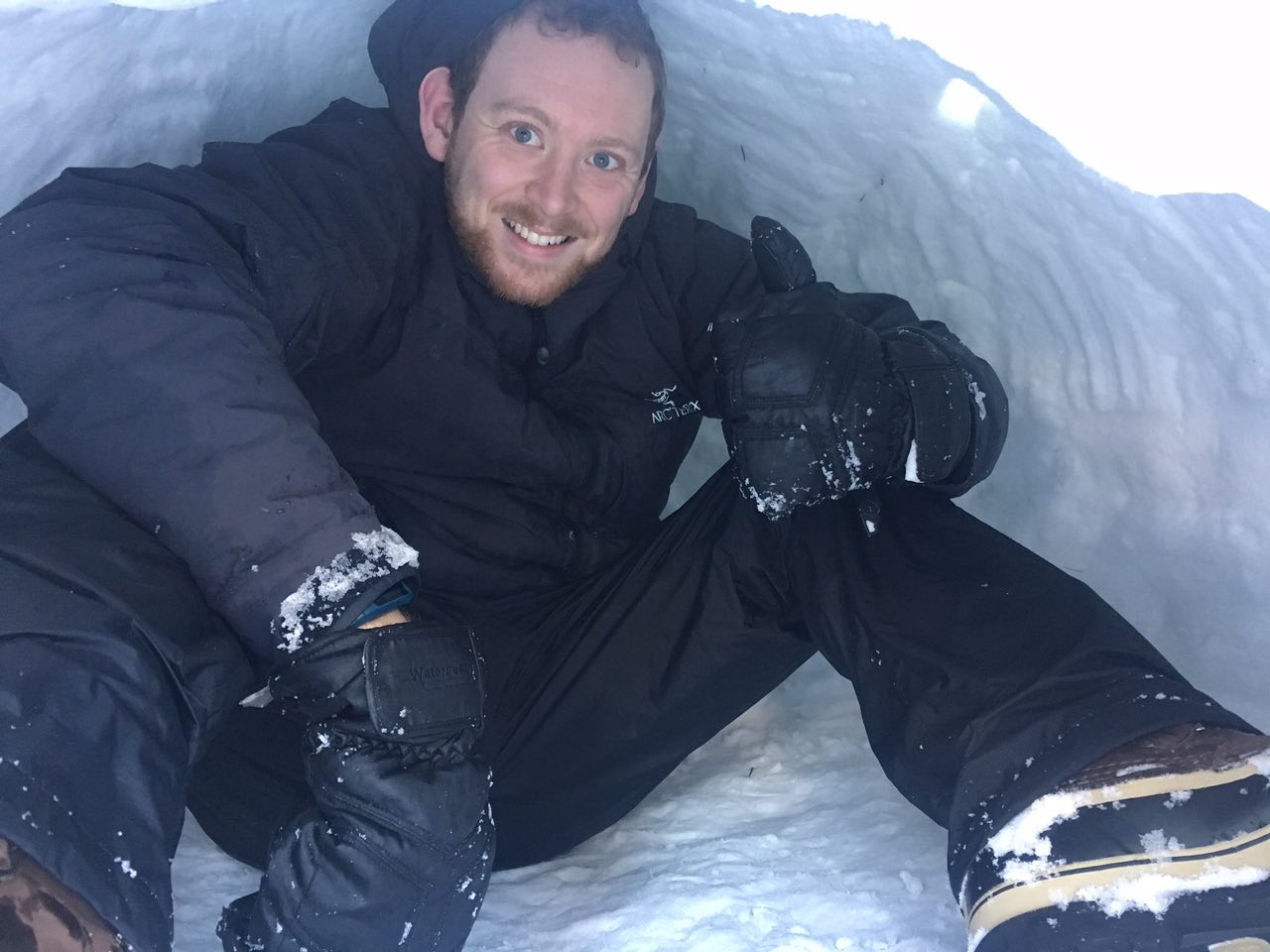 Before long, we’d got a quinzhee that was just about big enough to sit up in!