I’m still behind with these write ups, and falling further behind all the time it seems, though at least I now have the excuse that I was in the UK for 10 days and too busy to write stuff up on Facebook.

Anyhow, back in January Samantha and I managed to get hold of some Seville oranges here in Toronto. I wasn’t sure how many we’d need to make a decent sized batch of marmalade so picked up quite a few which meant we ended up with enough for two batches. My parents have been making marmalade for years and it’s always been delicious, so that was the first recipe I wanted to try. Sam prefers a slightly more bitter marmalade and we’re both trying to be a bit healthier so we changed things up slightly, reducing the sugar by 3lbs and adding 1.5lbs of honey instead. This is (in theory) roughly equivalent to 4lbs sugar but with some added honey flavour. 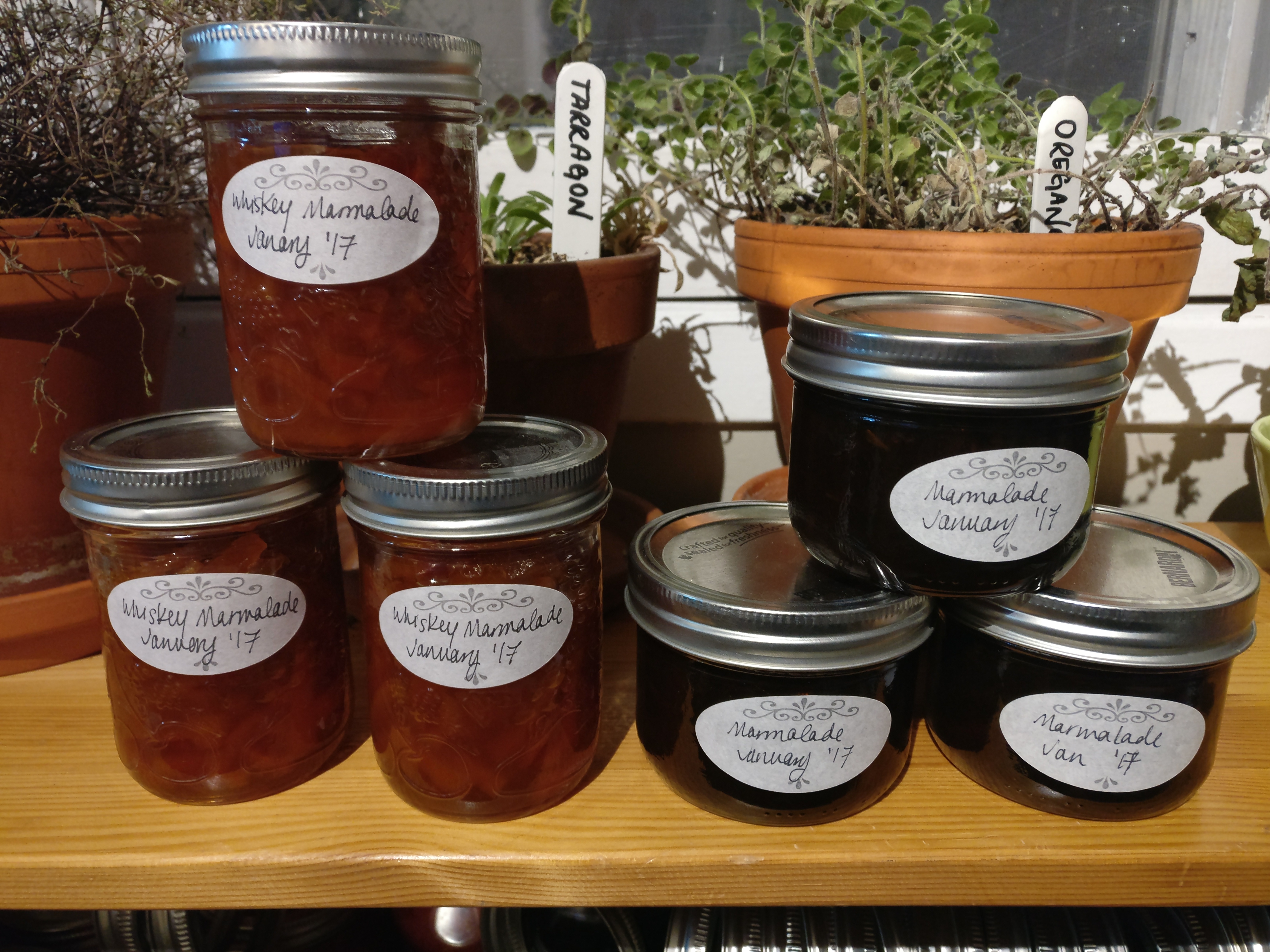 The original recipe mentions separating the pith and the pits from the fruit and putting in a separate bowl. As the pith is then discarded later in the recipe (after soaking to extract the pectin) we figured this couldn’t include the rind, but most of the pith is between the rind and the fruit. We later discovered that we only needed to separate the pith in the centre of the oranges, but without Mum on call to correct me I went and peeled the oranges using a vegetable peeler and then separated all the pith out. This worked really well in the end, leaving us with a very fine shred marmalade that set up nicely though possibly slightly more sticky than we were aiming for (either because we overdid it, or because of the honey - we’re not sure which). 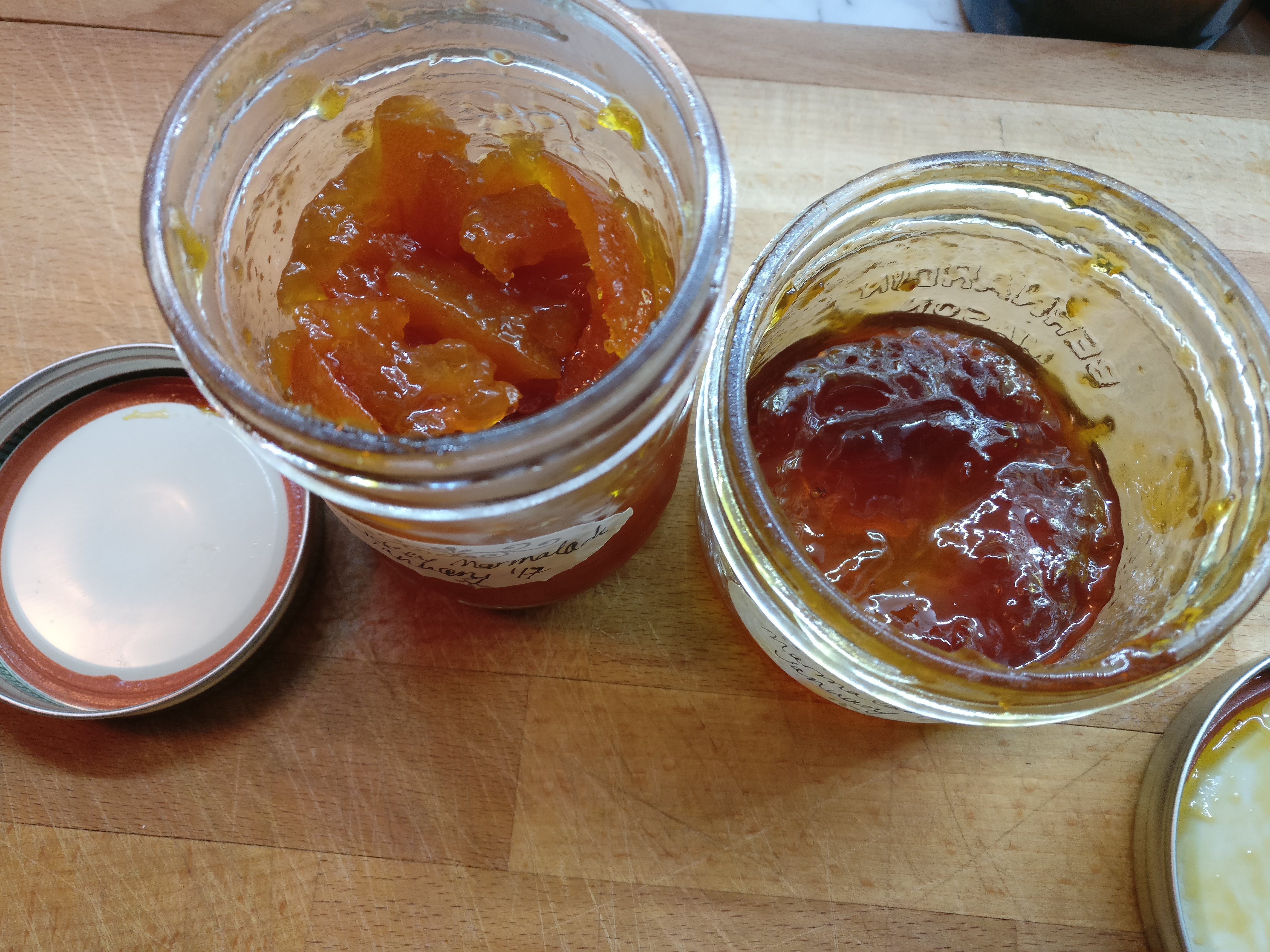 The second recipe was a bourbon marmalade from my preserving cookbook, Batch, which was interesting because it juiced the oranges and had a lot less sugar or liquid than every other marmalade recipe I’ve seen. We gave it a go, and it turned out with a very nice flavour, though with a very high rind to jam ratio which makes it rather hard to spread on toast.