This year for valentines day I decided I wanted to make Sam something tasty, so took a look through our various recipe books and settled on coconut macaroons, because they’re delicious and I hadn’t made them before. It’s also easy to add some red food colouring to make some pink ones and get in on the valentines day theme.

We had most of the things I needed in the flat already, so I just popped to the shops for some more desiccated coconut and some red food colouring and waded through the crowds of men buying flowers at our local Sobey’s.

With the minimal amount of shopping complete I was able to use our egg yolk remover (a Christmas present - thanks Sam!) to get some egg whites and then I started beating them until I had “firm peaks”, which I guess I managed as they seemed to turn out okay in the end.

After mixing in the rest of the ingredients I portioned off some of the mixture to add red food colouring to, and started working out the best way to form nicely shaped macaroons of the right size. Turns out an ice cream scoop is pretty good until it gets too much stuck inside it, then everything starts going wrong. I’d made more than enough mixture for the number of macaroons I needed though, so it was okay if I had a few botched ones in there. They just wouldn’t make the display at the end.

I managed to get everything finished before Sam made it home which was good, and made use of our cake stand to lay them out in a totally original and creative pattern for the 14th February… 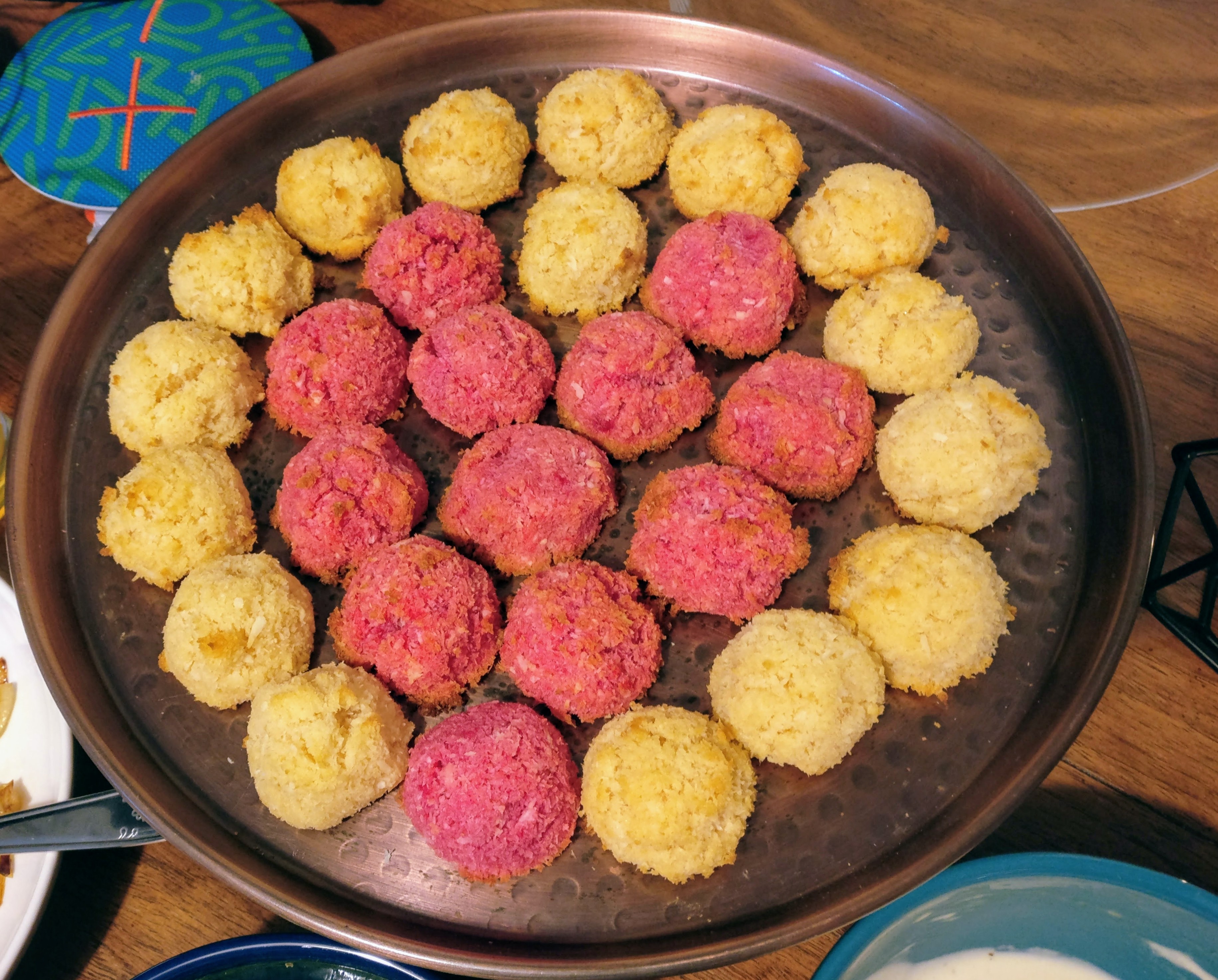