For Christmas Sam bought be Thug Kitchen, a vegan cookbook full of delicious things (no, I’m not vegan, but we are trying to eat more vegetarian meals as the amount of meat we eat as a species isn’t sustainable and buying ethically reared meat is super expensive). The people behind Thug Kitchen also have a website with some bonus recipes and there was one on there for Strawberry Oat Bars that I’d been wanting to try for a while. We had a day at home one weekend so decided to do some making.

We headed down to the shops to grab some things, including strawberries, and found a huge punnet of strawberries that were all on the turn for the most excellent price of $3! It was way more than we needed, but we figured it’d be easy to find something fun to do with the rest of them.

The strawberry oat bars were pretty easy to make. The recipe is online at http://buff.ly/2pgg2d9 if you want to make them yourself, and they’re really tasty, but also pretty crumbly, so they don’t hold together quite as well as we’d hoped they would. Better for breakfast at home rather than something to eat on the way in to work on the subway.

After making the bars we were still left with about three quarters of the strawberries from this punnet left. Sam took about half a kilo to make shrub (a drinking vinegar) with, so look out for her make when she gets round to writing it up! Even after this we still had about a kilo of strawberries left (after removing any bad bits) so nipped to the store again to grab some jam sugar and started cooking up some strawberry jam! 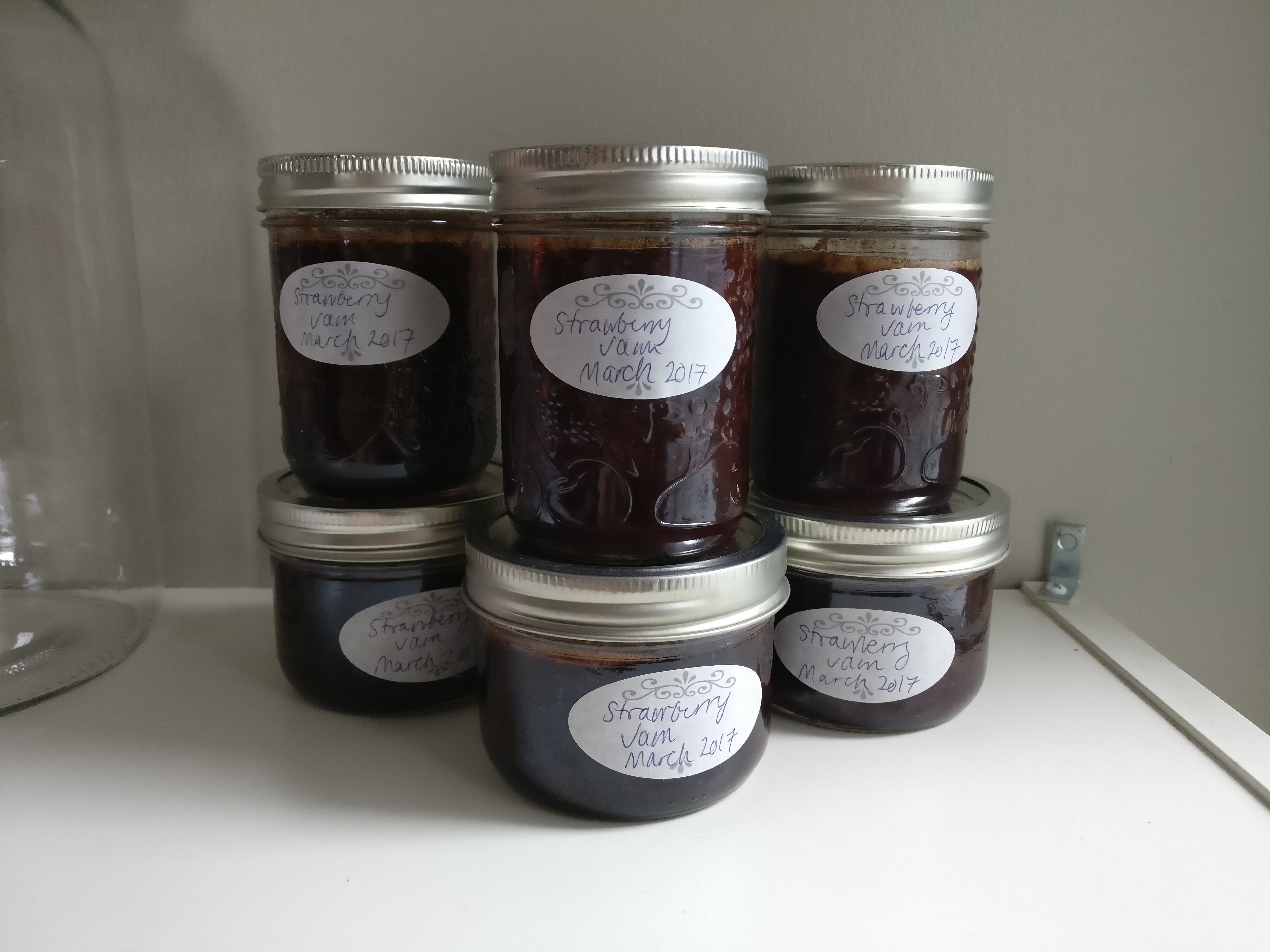 The pot we’ve got to use for jam making is a bit narrow, so it took far longer to boil off the water and get to the right temperature for the jam, and as it was getting a bit late I turned the heat up a bit high so it scorched slightly, but we eventually had our jam in jars and canned with a water bath. Because I’m slow in writing these posts up we’ve already worked our way through one jar and it’s delicious, particularly on a nice crusty slice of sourdough with a generous helping of butter!