For Easter weekend we went up to the cottage and had a wonderful time relaxing and getting away from work and the city. While we were up there, Sam made some of her delicious French onion soup so I decided to make a soda bread using a recipe from a new cookbook we picked up - Gatherings by Flora Shedden. 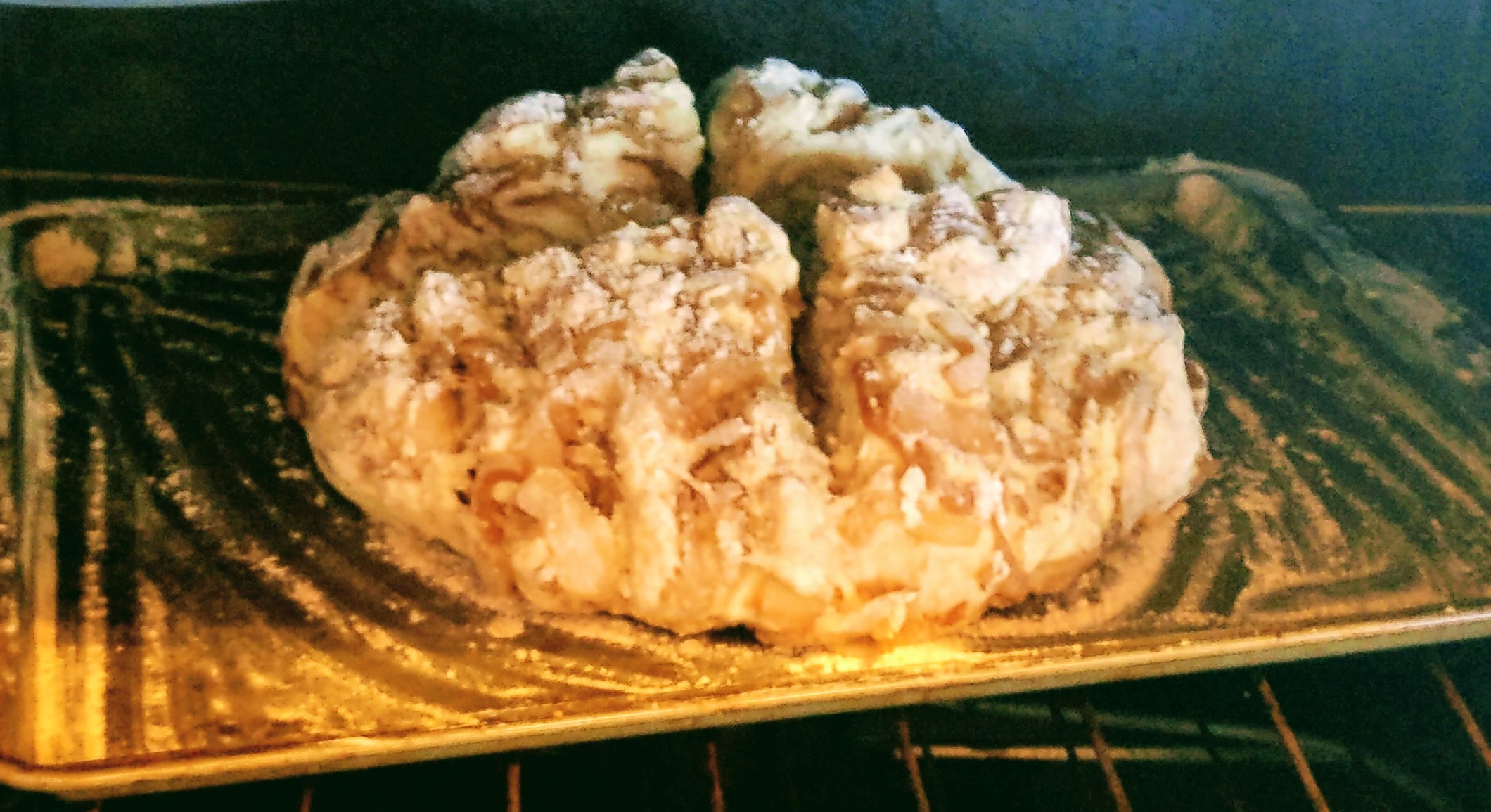 The soda bread is made with white onions that have been sautéd in balsamic vinegar giving them a delicious flavour. I think the white onions we get over here in Canada must be a bit bigger than the white onions Flora gets in Scotland as using the quantities in the recipe I ended up with far too much onion to mix into the bread. I added half the dough ingredients again, to make a bigger loaf and baked for a bit longer than the suggested time because of this and the loaf turned out great.

We enjoyed it for lunch with a selection of cheeses just after it was baked and had plenty left over to use with the French onion soup the next day. If you think this sounds tasty, I recommend taking a look at Gatherings, by Flora Shedden. It’s full of great recipes and I’m excited to cook more of them.